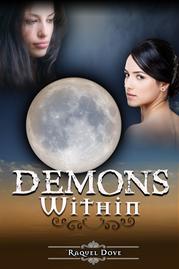 As Alexandra searches for answers, she learns how quickly friends can become enemies. A world she tried so hard to leave now calls her back, starting her on a journey that will change her life forever, again. The Magi are stronger than ever, but as Alex soon discovers, help can come from the most unexpected of places 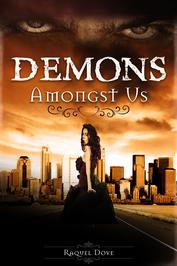 A target has been on her head since her first breath...

Alexandra is just shy of eighteen years old when her Aunt is killed. A silver dagger is pressed into her hand – along with a heavy burden. She soon realizes it opens a gateway to a demon dwelling world.
Once there, she falls prey to the young demon prince, Balthazar, who is beginning to feel the weight of the crown pressing upon him after the loss of his father. He needs her – more than he wants to – and he refuses to let her go until he has what he wants.
As Alex is grappling with the new world she's been thrust into, and growing feelings for her demon captor, she learns that she isn't as normal a teenager as she thought she was. She has power in her. A lot of it.
But the Magi are closing in on Alex and they will cross worlds to take her down. Their presence forces a confrontation that makes her, and Balthazar, question not just their growing feelings for each other, but the dormant power that lies inside both of them. 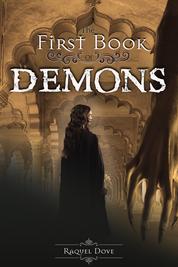 Alexandra has escaped the demon world with the one person she cares most about. However, just because she has Balthazar with her, and the Magi are far behind in another world, doesn’t mean she can rest easy. As she starts a rigorous training schedule to get her powers under check, changes start to take place.
She’s not the only one that notices those changes, and Balthazar will do anything he thinks will keep her safe, including betraying her trust.
The only question that remains… will he realize his mistakes before they tear Alexandra apart from the inside out?